Indian Railways, which is one of the biggest recruiters in India, has come up with 35, 277 vacancies for recruiting candidates in the posts of Non-Technical Popular Categories (NTPC). The RRB NTPC examination will be conducted in 3 stages by the Railway Recruitment Board (RRB). The first stage is the Computer-based Test (CBT1), which is followed by CBT 2 and a subsequent Skill Test. 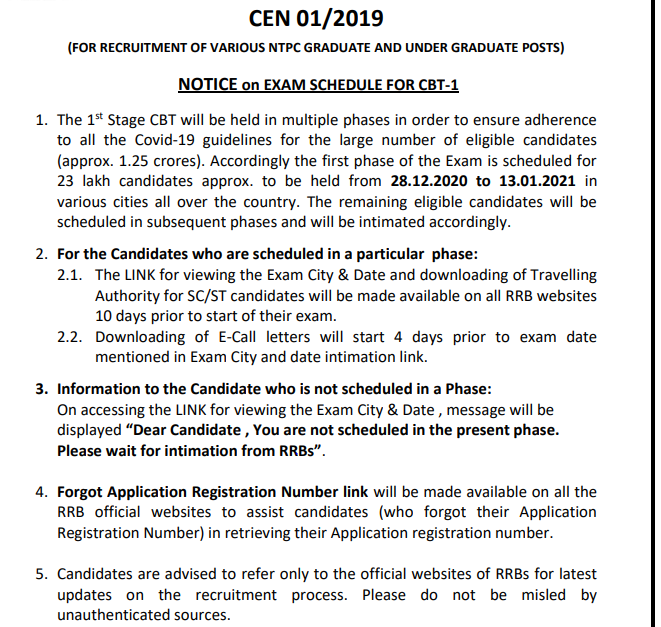 Let us proceed to some of the important topics of this section as well as the attempt strategy which needs to be followed.

Important Topics of the General Intelligence and Reasoning Section-

After acquainting themselves with the topics, aspirants now need to take a look at the attempt strategy of the section of General Intelligence and Reasoning.

Question Selection Based on the Difficulty Level

Direction sense and distance: Using diagrams to represent the data presented in the question will help candidates in solving the questions faster.

Blood relation: Develop a command on understanding family relations and draw the family tree while solving such questions.

Order and ranking: These types of questions are either asked as standalone questions or sometimes asked in the form of puzzles. Sometimes, the dictionary ranking of words is also asked, so you need to have a practice of such questions as well. These questions are easy to solve, but you need to carefully arrange the things keeping in mind the order which has been mentioned in the question.

Alphabet and numeric series: 1-2 questions are asked from this topic, and the question types include logical sequence, word formation, matrix, and meaningful sequence. Maintain the accuracy and follow the sequence carefully while solving such questions.

2. Move to the moderate questions:

Syllogism: Candidates should be clear with the set theory concept while solving such questions and use proper Venn diagrams to represent the syllogism statements.

Coding-decoding: In this category, the question types include letter shifting, letter coding, and analogy. These questions are a little time-consuming because you need to try out ways to decipher the code. But, with practice, the questions can be solved quickly.

Verbal reasoning: In these types of questions, candidates are required to draw a conclusion, or make an assumption and then decide on a course of action.

3. Attempt the difficult questions in the end:

Puzzles:  For accurately attempting puzzle based questions and questions based on the seating arrangement, you need to practice such questions continuously. Regular practice is the only way to correctly attempt all the questions asked from these topics.

This is just a model attempt plan, which experts have prepared considering the difficulty level of the questions. However, you can modify this study plan and shuffle the topics according to your strengths and weaknesses.

General Tips for the General Intelligence and Reasoning Section

Build your concepts: This section requires clarity on the basic concepts. If you are not clear with certain topics, you can refer to the solved examples before trying the unsolved questions.

Work on your logical skills: Sharpening one’s logical and analytical skills is vital to increase the score in this section, as the question types are such which are designed to test the logical aptitude of the candidate.

Stick to the facts: Solving these questions require a thorough analysis of the question. So, read the question carefully and use only the given facts, even if they vary from the generally accepted ideas. You are not allowed to make any assumptions while solving such questions.

It is essential not to let your attention dwindle at the time of attempting the paper. To build your focus, you can start practice with the mock test series. Attempting RRB NTPC mock tests will familiarize you with the exam pattern and also help you in keeping track of time, thus improving your time management skills.
Keep on practicing the mock tests to develop a habit and attempt the exam paper by following a similar pattern, to score maximum in the Reasoning section of RRB NTPC CBT 1.

Hey, you, sign up and connect to Gayatri Jobs.